STOP. Yammertime. How to smash your Yammer launch

It’s fantastic when we learn from others who are producing award worthy, super successful, creative work.

We spoke to Natalie Corney, Corporate Communications Manager at Brent Council, shortlisted for the creative comms entry in the Comms2Point0 Unawards for their ‘STOP. Yammertime’ launch campaign.

Tell us about your campaign

The campaign was created to introduce a new internal communications social media channel (Yammer) to the organisation.

What was the objective? 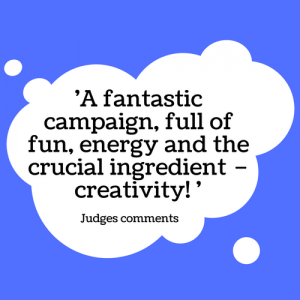 It wasn’t as easy as pushing at an open door, but it wasn’t the worst battle I’ve ever had to face to introduce something.

Carolyn Downs, our Chief Exec (pictured) thought we were bonkers, but we were so enthusiastic, she agreed to it.

Since then she has stood up in front of all her managers and said how skeptical she was, but that she was wrong and that it’s a great thing for the organisation.

What challenges or setbacks did you face? 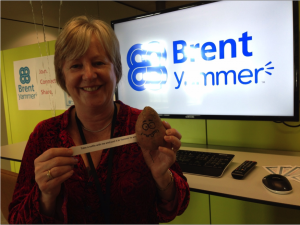 No surprises here – lack of budget, lack of time (though I was insistent that is wasn’t going to be pushed back and be one of those projects where the deadline just kept slipping).

We wanted to make it as simple as possible for everyone to use. For me, this meant single sign on – we have enough passwords and log-ins to remember as it is, adding another one would guarantee people wouldn’t use it. Our digital services team worked hard to get this set up, to make sure people were pre-registered and that the app was automatically downloaded onto all work devices, including mobiles and tablets.

What made this a particularly creative campaign?

We are a council so we have very little cash to play with and no dedicated internal comms budget.

As a result, everything we did came in at less than £100. Now that requires buckets of creativity!

Everything was done in-house. We used a mix of digital and traditional methods, along with bribery including cake and badges! 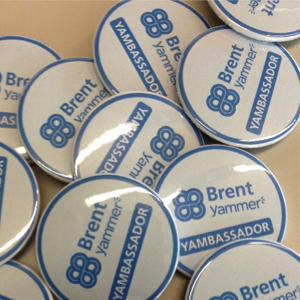 What was the outcome? 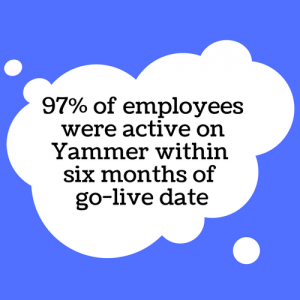 The numbers are plain to see:

We’ve most definitely hit all our objectives, we’ve freed up our internal comms officer to be able to focus on more strategic work, rather than posting intranet messages about the lifts not working, rooms being unavailable, and various other low level (but useful) information.

Our intranet is now kept for big key stories and messages. As an example, our intranet newsfeed reduced from 28 stories being written and published in March 2016 to just two in August 2016.

The speed of communications has also improved. We post during meetings, workshops and events. Our employees post whilst they are out on the road and we are sharing more good news stories that ever before. For example, our environmental waste teams have started to post before and after pictures of streets they have cleared of illegally dumped rubbish.

Yammer has made things happen!

What did you learn from it?

I learnt that enthusiasm can take you a long way and that sometimes you have to dig your heels in and not let deadlines slip. 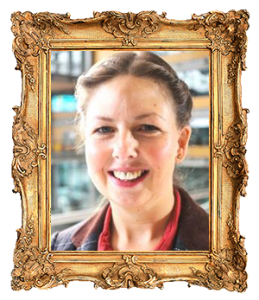 Just because it might be difficult to achieve, doesn’t mean it’s impossible.

Finally, I learned how important it was to speak to people who had done a similar thing before, so that we could learn from them about what did and didn’t work.

What advice would you give to those considering a comms campaign?

If it requires people to do something, make it as simple as possible.

If that means you have to fight for changes in services to make it work, then that’s where you need to start or you’ll just be wasting your time and effort.

Thank you, Natalie (pictured) for sharing such a fun, creative and inspiring campaign!