Meet the team that brings us alive – Alex

If you have a workplace environment in need of the ‘wow’ factor, or you want an animation creating to express your vision and values, then Alive co-founder, Alex Mead, is your man.

He may have been a slightly reluctant interviewee (especially when we mentioned getting a picture to go with this blog), but some great insights here into how Alive was born and why running up Snowdon seemed like a good idea.

How did you first get into design? 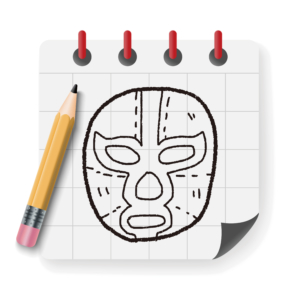 From a young age I was always drawing, and I still draw quite a lot today with the kids. My friend’s uncle was a graphic designer and that was the first I had heard of it as a potential career.

I went on to study Graphic Design at Sixth Form college, which is where I met Alan (co-founder of Alive). From there, we both went to the same university in Southampton and after a few years of working inhouse at IBM and various creative agencies, we ended up working together at a company called EY in Basingstoke.

When did you start Alive?

We had talked about starting our own agency for years. It appealed to us as it gave us an opportunity to choose who we worked with, as well as offering greater flexibility around our personal responsibilities.

But rather than doing it when we were young and free of responsibility – no, that would have been too easy! –  we finally decided to take the plunge in the middle of a recession and when we both had personal commitments to manage!

Alive with Ideas has now been going for 10 years – something I remember well, as my youngest child was born just as the business launched.

What was your vision for Alive?

We wanted to create something other people would want to be a part of. 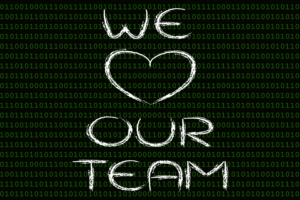 There are now 14 people in the Alive team – soon to be 15 – who are a mix of direct employees and freelancers who have been supporting us for years (in Rob’s case, pretty much from day one!).

I personally love it when we’re working on a branded environment! Designing inspiring workspaces that people walk in to and have that ‘wow’ moment. I also love animation and motion graphics, as the output is so rewarding, and we’re getting more and more of that type of work.

One of my favourite projects to date, which combined all these elements, was a project we managed for music licencing company PPL PRS. A new office was being opened and they wanted our help with branding the workplace and a recruitment campaign that involved animation. I’m really proud of the end result and what we managed to achieve for them.

What does the future hold?

We want to carry on working with good people and doing great work in a nice environment. It’s as simple as that. We love our team and they are a hugely important part of our business. 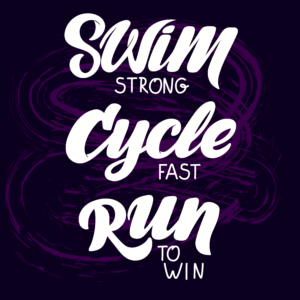 Finally, something we’d never guess about you?

I like to take on a physical challenge every year – basically, because I struggle to motivate myself to exercise unless I sign myself up for something!

This has seen me run up Snowdon, take part in triathlons and half marathons, as well as swimming from Bournemouth Pier to Boscombe Pier with a couple of guys from the office. Running a marathon is also on my wish list, but I’ve not quite managed that one yet….