Why do certain internal comms (IC) campaigns work better than others?

I’ve spent time creating and executing some that don’t get the outcomes I was hoping for and yet others I’ve turned around quickly on a gut instinct can have a huge impact.

This has become clearer to me over the last year. A year ago, I was approached with an idea to engage all staff (1700 people) in an event that had to happen imminently (two weeks) and the agenda was yet to be set. The only other requirement was that it just needs to be successful. Not a big ask, then.

This set my anxiety and excitement off all at once.

The anxiety in me said: “I love the idea but that’s a lot of work, not to mention pressure, for something that’s failing at the first hurdle. All I see is work and pressure and ultimately a poor reflection on my team when no one attends this event with no name. Ahhhhh!”

But the excitement in me said: “That sounds like a challenge! Why not? This is something different and new that could really reach people. If no agenda has been set, we’ll set one and mould this to something brilliant. Let’s get creative! Woohoo!”

I’m pleased now that we went more with the latter, we took control and while we didn’t go to the extreme of creativity, we definitely pushed our boundaries and went with our gut. We also tried to keep things as simple as possible where we could to ease that pressure. 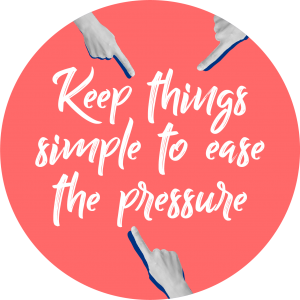 That first event I felt like I held my breath for the duration, but it was worth it. The outcome and feedback was great. 82% of those that completed the feedback form said they would recommend the event and that it reached their expectations.

Comparatively I ran an internal campaign that was six months in the planning, which did not achieve the desired outcome at all. The subject was shrouded in frustration by staff, but I thought we could really improve this with better IC.

Finally, I thought, proper planning, I love a good comms plan almost as much as new stationary! But it seemed that no matter what we did, the damage was already done and we just couldn’t get the buy-in.

So why did the ‘gut instinct’ IC event work and the ‘wonderfully planned’ IC campaign bust? 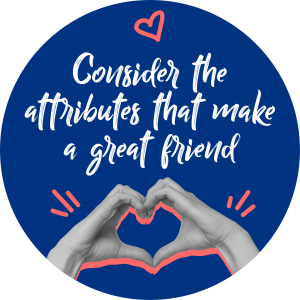 Consider the attributes that make a great friend:

These attributes also make great internal comms. If you don’t have all, or at least a few of them, that’s when your people don’t buy-in to your comms.

Even though the event felt rushed it had all of the above elements, unlike the campaign which was planned and timely but lacked in most of those key essentials.

I’ve worked out that that just like a great friend, you need all of the above to make great internal comms and if you’re missing one people can tell and the legitimacy is lost. 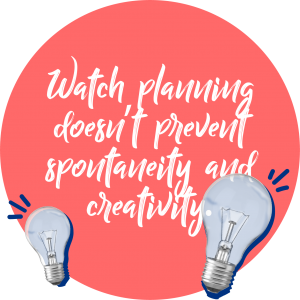 I hate missed opportunities and that often comes from doing things in a rush and lack of planning. However, I have to be careful that these feelings don’t prevent spontaneity and creativity. Sometimes you have to just go with your gut, take the leap and see what happens.

An organisation needs to be ready for your great idea, but when that happens it’s awesome.

And like a good friend, you can celebrate together when it does.