If you’re one of the millions of people in the UK who use Facebook and you keep an eye on your local police or fire service’s page, then you may have noticed some changes….

For the public sector – and in particular key public services – social media channels present a unique opportunity. And an equally unique challenge.

They can provide a direct channel to the local community and the key audiences such organisations wish to reach. Not only that but they offer a chance for real-time interaction and a level of engagement that is unmatched by any other medium. Meaning that after face-to-face interaction, they’re up there as a great place to be.

But as anyone who is a regular user of social media will know, everything isn’t always rosy. Give people a platform and they will quickly make their views (including criticisms and grievances) known.

And that remains a key challenge. You cannot control how people will react or what they might say, which makes putting an organisation ‘out there’ and having responsibility for its voice, a little scary. Especially if that responsibility falls to frontline teams whose day-job isn’t comms.

In the case of public services, it can be a delicate balancing act and no-one wants to see headlines like this one from the Daily Mail: Officers lark around on Twitter as crime soars: Police criticised for light-hearted messages about coffee despite surge in stabbings

So, how are the police and other public services making the most of the opportunity social media presents? And what impact is it having?

A local agency for local people 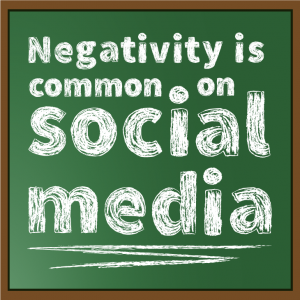 One of the biggest problems police forces face is a lack of understanding for what they are doing within the local communities they serve and why.

From the perceived lack of a visible police presence to criticism for how resources are being used and officers even being ‘exposed’ for having a tea break whilst on duty, negativity is common on social media.

Could a change in comms strategy offer an answer?

There has been a big push for public services to reaffirm their position as a local agency and to connect with their own community wherever they may be – including on social media.

One major shift in how the police are now using social media is a move from a top-down structure, to handing control to teams on a local level. While certain guidance has been laid down centrally, local teams are being empowered to get on with it and engage with their audiences, as they see fit. And it’s working!

The team post regular content, which ranges from local crime updates to advice and guidance based on crime patterns and threats in the area. Importantly, the content gives residents an insight into what officers are doing, what is happening on a local level and also other pressures going on behind the scenes. (For example, the 101 crime helpline is regularly discussed and its shortcomings recognised and acknowledged).

Hedge End Cops regularly ask residents what issues are concerning them most and where their presence may be required. When necessary, misinformation is corrected and residents are encouraged to use official channels to report incidents, with an explanation for why that is important. Appeals are also made for information relating to local crimes, helping speed up the conviction process.

What is particularly effective about this page is that posts are written by named people and photos of the team in action are also shared. The tone of voice used is very personal and approachable – no corporate-speak in sight! Spelling and grammar errors only add to the authenticity. For many people, we’re sure the openness of the communication and the direct interaction will be a revelation.

Hedge End Cops now has a face, a voice and a strong connection with the local community. Whereas before, the police were openly being criticised on social media for not doing anything and their lack of visibility, residents now feel far better informed and are making their appreciation known.

The line between online and offline is also being blurred. When the local police officers and PCSOs are out on duty, residents are interacting with them in person too. Residents know who they are and their names and they have become more approachable thanks to this familiarity.

Some of the positive responses online include:

“Who ever thought of these pages needs a pay rise – lots of people I’m sure now feel closer to the police because of this page and no doubt safer. All of a sudden it feels like we have a police presence without any extra police officer.” Jonathon Dewey

“This is the best page ever, so helpful” Colin Peter

A lesson in social 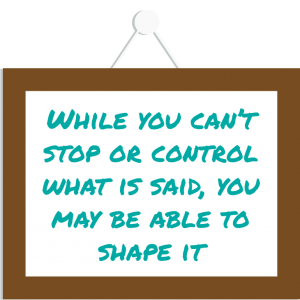 One thing is for sure, for any public or private sector organisation, whether you are actively using social media or not, others will be talking about you. So, it’s always going to be better to be on there and part of the conversation.

While you can’t stop or control what is said, you may be able to shape it – which is exactly what the police and fire services are doing.

And let’s face it, can you afford for your organisation notto be using Facebook to drive local engagement right now?

There is loads of research out there that points to the growing popularity and influence of local groups and pages. For example, the team at Comms2Point0 looked specifically at the habits of users living in and around Braintree, Essex. What they found, among other gems, was that in 2017 the average person liked nine local groups or pages. Just 12 months later, this figure had risen to 14.

But it’s not just what you do, it’s how you do it.

Letting teams loose to engage with their own communities and to use their own voice can be really powerful. Being real, being relevant and speaking like a human being is key. Get it right and you could be on to a winner!