After all, you can’t beat a Christmas movie for getting in the holiday mood. What’s more, many festive favourites conceal unexpected advice for communicators, waiting to be unwrapped like presents under the tree on Christmas morning.

And unlike some Christmas presents, these lessons won’t run out of battery power on Boxing Day. They’re the gift that keeps giving, helping you reinvigorate your communications strategies into the dark days of January and beyond.

So light the fire, simmer the mulled wine and discover the sage advice of these five Christmas classics. 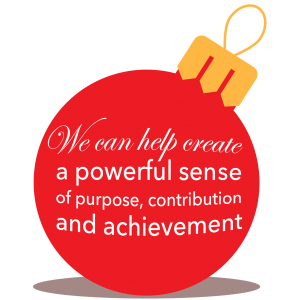 In It’s a Wonderful Life, George Bailey is the striving everyman who puts his own dreams on hold to look after his family and friends. When disaster strikes, he feels his life has been meaningless.

Enter guardian angel Clarence, who shows him what life would have been like had he never been born. Only then does George recognise the impact he’s had.

Our workplaces are full of George Baileys. Colleagues doing a steady job every day, who sometimes lose sight of how their work makes a difference.

Yet internal communicators have the potential to be guardian angels, just like Clarence. We don’t need celestial intervention to show the results of our colleagues’ labours – we can do it through our channels and events.

We can highlight the impact our employees have on customers or other stakeholders. We can recognise people for significant daily efforts, not just the major achievements. And in doing so, we can help create a powerful sense of purpose, contribution and achievement.

Department store Santa Kris Kringle is the world’s most engaged Father Christmas. His immaculate outfit and encyclopaedic knowledge of toys set the highest standards. He treats every customer with equal attention – finding out their needs, and going the extra mile to deliver them.

Kris is also a role model for inclusion. No child gets left out, least of all the deaf girl with whom Kris sings Jingle Bellsin sign language.

He has just one tiny flaw, at least to his employers at Cole’s Department Store: he believes he is Santa Claus.

When a rival store conspires to incarcerate their star employee in a mental institution, Cole’s find themselves in a PR crisis. Do they disown him, or act in line with their values?

And here Kris’s colleagues show the importance of speaking truth to power. They persuade their senior leaders to decide what they truly believe in – and to act accordingly. By publicly supporting Kris, they change public opinion and enlist the whole city’s support in his defence.

Sometimes we need the courage to do the same. We can use our position to highlight how our leaders’ actions may be perceived – and avert our own crises as a result. 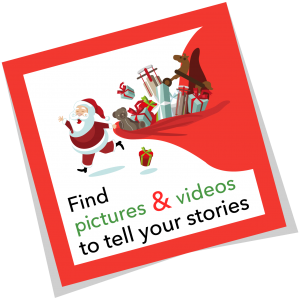 Consider this. Raymond Briggs’ book The Snowman has sold over five million copies. The beautiful film of the book has been a beloved Christmas Day staple for over 35 years. And yet – it has no words. No dialogue.

It’s a timely reminder of the power of pictures, and the old storytelling adage to show, rather than tell. A story told through pictures means we actively uncover its meaning for ourselves, rather than having it passively narrated to us.

The Snowman also packs a strong emotional punch. Many of us have rich childhood memories of magical snowfalls, daring adventures and long lost friends. Here we’re vividly transported back to those times. We care about what happens to young James because we can easily identify with his emotions.

These are principles we can all use in our communications. Find pictures and video to tell your stories. Use as few words as possible. And bring out universal emotions that everyone can identify with. 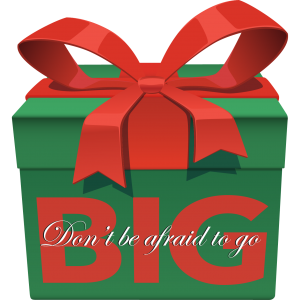 Great leadership can make a huge impact on people’s lives. And nowhere is that message more apparent than in White Christmas, where entertainment duo Bob Wallace and Phil Davis plan a lavish recognition event to restore the pride of their former commanding officer, General Waverly.

Wallace and Davis ‘go big’ on recognition, enlisting hundreds of former colleagues to give a Christmas Eve surprise party at Waverly’s struggling ski lodge. In doing so, they create an unforgettable moment neither he nor his colleagues will ever forget.

White Christmas is an annual festive reminder of two truths about giving impactful recognition. First, the unexpected almost always trumps the expected. And second – don’t be afraid to go big. If someone really deserves a massive thank you, be creative and create an event that will linger long in everyone’s memory.

Each year, the question of whether Die Hard qualifies as a Christmas movie ignites fierce debate on Twitter. But regardless of where you stand, it has some pertinent lessons for communicators.

New York cop John McClane faces Hans Gruber’s criminal gang in his bare feet, with no support or weapons. Obstacles come thick and fast. But he marshals his few resources to turn the odds in his favour.

Like any great communicator, McClane quickly establishes eyes and ears on the ground, building trust with beat cop Al Powell so he can find out what’s happening outside the building.

He’s also creative in his use of office resources. Whether it’s using office swivel chairs, gaffer tape and lift shafts to create makeshift explosives, or stealing the terrorists’ radios to listen in on their conversations, McClane thinks creatively to find ways to achieve his goals.

Whatever our budget, we can all harness the John McClane spirit. It just takes a willingness to try new approaches and take a few risks along the way.

Whether it’s speaking truth to power like the managers at Cole’s, creating powerful recognition events like Wallace and Davis, or highlighting the impact of your employees, like Clarence, you have the tools to make a difference in 2020. Have a wonderful comms Christmas!