What does the Folx say?

There are few bigger conversations going on right now than that around equality. 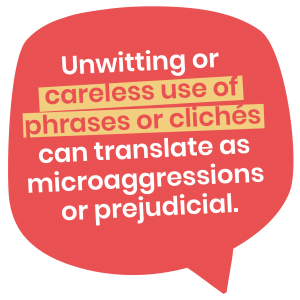 Prompted by the Black Lives Matter movement, a wave of reflection and introspection has washed through societies around the globe.  While individuals and organisations alike are giving deep thought and consideration to their actions and behaviours, one of the other big focal points has been our use of language.

Unwitting or careless use of phrases or clichés can translate as microaggressions or prejudicial. For organisations, inclusion and diversity has come into sharp focus and their use of language – both internally and externally – is now being scrutinised like never before.  It’s one of the reasons Folx came to life.

Rich, a software engineer by background, started picking up on everyday language that subtly reinforced inequality or discrimination.  He started to collect examples and created Folx (a gender-neutral derivative of folks), a kind of spell-check for inclusive language. 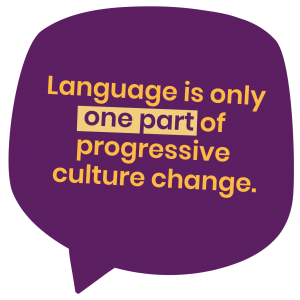 “The ubiquitous ‘hey guys’ began to jar with me when used to refer to a mixed gender group,” said Rich.

“The term ‘sanity testing’ also felt like it trivialised mental health issues. Language is only one part of progressive culture change. A tool like this isn’t a panacea, but it can play an important role in helping people and organisations communicate with greater respect.”

The tool can analyse whole websites, intranets and documents to highlight questionable words or phrases from an inclusion and diversity perspective, but also makes suggestions as to what could or should be used instead.

“Folx helps identify outdated language, unconscious bias and microaggressions that can damage audience engagement and reduce impact. Engagement and attention are the number #1 currency today – we want to give confidence to people who might feel confused or hesitant about communicating with diverse groups.”

An audit on our own Alive website threw up ‘guys’, ‘sanity check’ and ‘cameraman’ and has definitely given us food for thought on our use of language.

Let us know if you use the tool and what it throws up for you, hello@alivewithideas.com.