Can You Make it Look Whizzy?

‘Driverless cars will be hitting the UK streets this year.

They are to be tested in a number of locations in trials that will put the UK at the forefront of automated vehicle technology.

Since its creation, the Google driverless car has only encountered two accidents. The first it was rear ended at a stop sign, and the second was when a human was behind the wheel.

It was clearly designed for a specific purpose – driverless being the giveaway term. It goes to show that when others get involved or interfere, things can go horribly wrong.

I’m sure you can relate this to many examples in your work as a communicator.

You’re doing your utmost to maintain quality and professionalism but other people like to ‘dabble’ in their own form of comms that may not be entirely appropriate for it’s use. Indeed, we’ve heard some exceptionally shocking tales of people falling foul of their own (or a colleague’s) marvellous idea.

We shared some of these thoughts in our ‘Exceedingly Interesting Compendium of Facts, Figures and opinions on creativity in internal comms – copies are available upon request.

Consider some of these disconcerting comments and calamities brought to our attention from the wonderful world of comms. Read on with caution…

SHOCKING MEMORIES! PowerPoint gets a pummeling and we feel the application is not always at fault. A brand owner I worked with contemplated that a combination of every text animation in the book, (you know the ones that fly and swoop around the screen), every colour that was ‘off brand’ and a soundtrack of the pint-sized, hot pant clad Aussie, Kylie Minogue, panting heavily would demonstrate the scientific and sensory excellence of their organisation. I had to applaud his ‘PowerPoint Meets Pornography’ performance, tremendous effort all round! 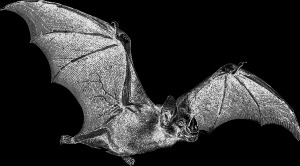 RECOIL WITH FRIGHT when you are notified ‘We’ve got some children to design us a new logo.’ – and there it is, in all its stretched-out glory.

A GHOULISH REQUEST… ‘Can we please have some branded fish?’

DISMAY! The fridge magnet project that defies belief… seems straightforward at first, until being handed two sides of A4 and told ‘this is the info we need on it…’ We’re designing a fridge magnet, not a fridge door!

GASP IN HORROR… at the poor comms soul who was asked to make a web banner look ‘innovative’. And who attempted to explain the difficulties of putting ‘innovative’ in a picture, and that demonstrating innovation means making things work more effectively and providing a marvellous online experience. And was then told ‘I don’t want that – just make it look innovative’.

YES, CRINGE YOU MAY… when being advised you have a £25,000 budget for an event, which is all coming together nicely until you are informed it was in fact just £2,500.

RUN IN TERROR from the expensive design agency contracted to deliver a recycling campaign, yet had to ask three senior councillors and a strategic director what colour they thought the wheelie bin sticker should be.

HIDE YOUR FACE! When you hear of the director courageously committing to a charity bike ride

and planning a skydive at the launch. He believed one could parachute from a plane, land on a bike and then pedal into the sunset. Upon enquiry, the response from the sky dive company was incredulity.

Horror stories from the heart, indeed!

Internal clients, love them, hate them, you could maybe even educate them. Take a deep breath and show them the way forward. And watch out for whizzy robot vehicles coming to a street near you!